To pursue knowledge and practices that can lead to more environmentally friendly and ecologically responsible decisions and lifestyles.

Button Text
Dr. Michael Lynch joined the NASCAR team in 2008. He was hired after CEO and Chairman Brian France announced the reduction of NASCAR’s environmental impact. Lynch was promoted to vice president of Green Innovation. Before NASCAR, Lynch worked at Tyco International and Boston Consulting Group as an executive. He graduated from the University of Chicago and has a lab at Purdue University. Mike has multiple patents in green technology (NASCAR). As you can see from this example NASCAR hasn’t just hired people to fill a position, but they have found the best person for the position and someone who is passionate about their job. 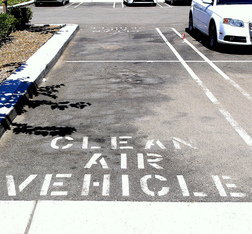 NASCAR has gone green not only to get more viewers, but because it’s the right thing to do. It’s no secret that NASCAR creates a lot of pollution, planting trees, and lowering emissions can go a long way in the public eye. To take it to the next level, NASCAR started recycling basically everything that they use, and the things that can’t be recycled they found a new use for. NASCAR not only recycled things they use, but also things the fans use including the plastic bottles and cans at the races. Going green is also attractive to NASCAR because it makes room for business opportunity. Being green saves money that can be spent on the race tracks, cars, and drivers. Being green is another way to get new sponsors to the sport, too. If a company wants to show they are green and support other organizations that are green, the sponsor could get more buyers. NASCAR Green has recruited a couple people into the green side of the sport. 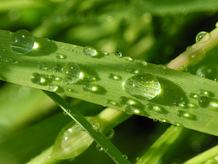 NASCAR switched from leaded fuel to unleaded fuel in 2007. NASCAR was pushed to stop using leaded fuels because it put off more pollution and was dangerous for spectators, nearby residence and the crew. In 2005, when the article “Get the Lead out” was written, lead was being taken out of gasoline throughout most of the word. NASCAR rebutted saying “there is no overwhelming evidence that leaded fuels have caused significant health issues to participants, fans, and communities surrounding the raceways.” Switching to unleaded fuel did not hurt the power output of the motor. The problem NASCAR found with switching to unleaded fuel, is that the engine would create hot spots. The hot spots would then lead to the engine getting torn up and major components of the engine would start breaking (Close). NASCAR first started putting lead in the gasoline in the 1920s and ‘30s. Lead was added because it stopped the unhealthy knock in engines and was a temporary fix. In 1967, congress passed the Air Quality Act/ Clean Air Act (Close). This is when everyone started watching their emissions. 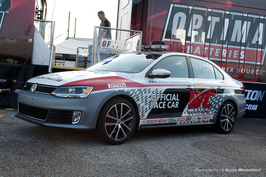 NASCAR has found a solution to watching their emissions. They have started using electric pace cars. The pace car does not participate in the race, but it leads the cars at the start, if there is a caution or an accident. NASCAR has started using these cars because they want to show that they are conscious of how much they pollute, and are also showing where the sport could go in the future (Clarke). It is unlikely that NASCAR will completely transfer to electric cars. Switching would lose half the fun of the sport. Being able to hear the cars roaring past at 200 miles an hour and feeling your body shake inside because the cars are so loud. Smelling the fuel burning as they warm up and all the way through to the last lap of the race. If they would race electric cars, there would be no more excitement at the track then there was at a person’s home. Switching to electric cars would be a good idea to save the environment and how NASCAR and other forms of racing could be green. If NASCAR started to use only electric cars the fan base would most likely decline, but it may get new viewers that are more interested in being green. NASCAR has already gained more fans from going green, and showing they are aware of how much pollution is contributed from racing each week.